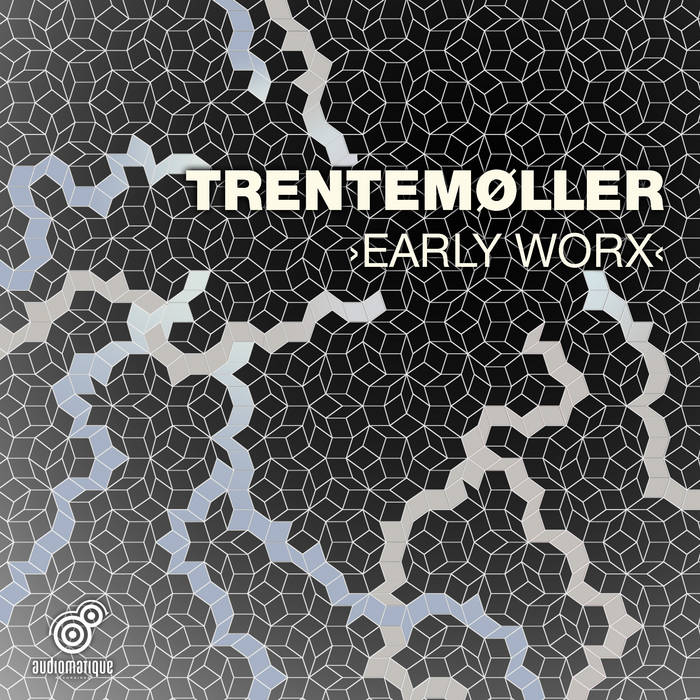 Groundbreaking. Highly acclaimed. Multi-award winning. International festival and touring sensation. Today, beyond question, Anders Trentemøller is a bona fide star with a diverse audience that stretches around the globe.
In less than a decade, his career has followed a dizzying trajectory, taking him from a small bedroom studio in Copenhagen to worldwide renown as a musical force, known for technical wizardry and genre-defying versatility. With three hugely successful albums under his belt - 'The Last Resort' (2006), 'Into the Great Wide Yonder' (2010) and last year's 'Lost' - dozens of remixes, mix compilations, soundtrack credits and his own In My Room label, Trentemøller's reputation is already massive and set to grow further - but where did this roller coaster ride begin?
The answer is here, on this collection of early EPs, a series of singles released on Steve Bug's Poker Flat Recordings and Audiomatique, and an array of smaller imprints that were - and remain - perennial favorites of many of Europe's greatest DJs. For Trentemøller converts this is an exciting opportunity: a chance to discover his early music and these are tracks well worthy of attention: cuts that arguably sound more interesting and dynamic now than they did when freshly minted.
It's commonplace to categorize these early records as supreme examples of glitchy, minimalist tech-house. While this is undoubtedly true, hearing them again as a totality - and in light of the eclectic diversity of the music he has since produced - one can see that Trentemøller was always so much more than this: a magpie spirit, taking elements of all manner of musics and refashioning them into something distinctively his own.
2004's 'A Forest' has lost none of its glowing lustre, demonstrating an exceptionally refined sensibility that pays attention to texture and grain and the capacity to be many contradictory things at once: icily melancholic on one hand, irresistibly funky on the other. 'African People' is endlessly inventive in its polyrhythms, skillfully deployed to destroy any dance floor. 'Beta Boy' and 'Rykettid' are brutally direct: gritty, discordant and abrasive techno. In fact, all these tracks embody an astonishing diversity of ideas. 'Nam Nam' marries Marianas-deep dub with brittle motorik rhythms; 'Prana' adds Indian drones; 'Physical Fraction' punches its wide spaces with climactic staccato stabs; 'Polar Shift' pays homage to the heritage of both European and North American techno... As an album this is quite simply 'all killer, no filler'.
Where many of his contemporaries are content to explore one idea or riff on a track, minimalism in Trentemøller's hands never precludes a plurality of ideas. New elements are constantly added. Just when you think you've grasped the structure of a track, there's a sudden change of gears. With the benefit of hindsight, we can see this now as the first manifestation of his genre-hopping talents, straddling the multiple worlds of indie, techno and pop. Nowhere is this clearer than in the tracks that went on to form the tingling spine of his debut album 'The Last Resort'. The low-slung, tub-thumping of 'Vamp' showcases gritty rock tendencies and the ambition to be both organically loose and mathematically precise. The trance-like dynamics of 'Moan' are utterly anthemic, with a spaciousness that the phrase 'big room' house cannot possibly do justice to. And 'Always Something Better', an Underworld-esque techno song, is a grand statement of intent: no dance music genre can possibly limit him.
Shortly afterwards, 'The Last Resort' - in its baroque extravagance and sweeping emotional range - would showcase these ambitions to a tee, shifting from minimalism to a maximalist expansiveness. And yet, in all this work, whether early, middle or on 2013's 'Lost', there is something unique - an emotional core, a sonic richness, a devilish attention to detail - that is singularly and unmistakably Trentemøller.