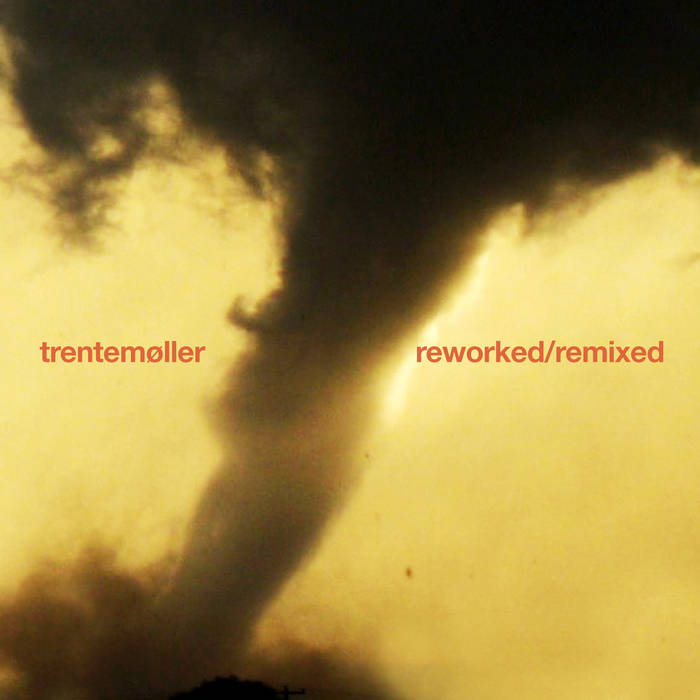 dave alexander This remix album is packed with rock solid remixes to the classic Into the Great Wide Yonder album. The digital download is worth the price alone, 25 tracks! I love his format; do a studio album and then a remix album! Favorite track: Silver Surfer, Ghost Rider Go !!! (Andrew Weatherall Prinz Mix).

Anders Trentemøller has become one of the most respected names in cutting edge electronic music in the last few years. His rise to notoriety was sparked by his early, techy releases for Poker Flat and Audiomatique and has since gone on to stellar highs with his own personal take on the genre, spanning, pop, rock, indie and classical. His debut album 'The Last Resort‘ was released in 2006 to much international acclaim, and the producer also began to become an in-demand remixer in the house and techno world.

As the decade wore on his sound continued to progress, opening up his studio to more live instrumentation, and a looser, rock-meets electronic vibe with his stunning 'Into The Great Wide Yonder‘ LP. From legendary live shows with the 'Live In Concert‘ tour with a full backing band, to remixes for a whole host of talents outside of the electronic world, to producing new bands like Darkness Falls on the label hfn music, the restless creative is always a powerhouse of productivity.

Now this special double CD and double vinyl release celebrates some of the producer’s favourite remixes he completed for other artists, and also some of his personal picks where other musicians have reworked his music. With over 20 super-slick productions to choose from, this is a real treat for any Trentemøller fan, or indeed a great introduction into his sound. From crisp electronic beats, to atmospheric and filmic moments, to heavy post-rock mutations and beyond. This sheer variety in store here is testament to the talent and musical vision of Anders Trentemøller.

All the reworked tracks are taken from last year’s 'Into The Great Wide Yonder‘ album, which fused melancholic, emotional melodies with a more indie/electro-rock studio focus.

This double CD packs so many quality songs and productions it’s hard to list them all, yet highlights on CD 1 include the introductory swathes of Marie Fisker‘s wonderfully contemplative version of 'Sycamore Feeling‘, taking us into lazy, hazy hypnotic waves of neo-folk. Fisker sang vocals on the beautiful album-track, and here we take an insight into her own very talented world. ‘Tide’ flows in as three different versions: Efterklang‘s beautiful new remix, a Trentemøller version, and the inimitable Berlin-based bad-boys Modeselektor remixed 'Tide‘ in their 'Last Remix Ever‘... and it’s a dirty ride with plenty of lo-fi synths fusing with high end production in a rolling melancholic electronic story. Of course we‘d be fools not to forget remixes of Trentemøller songs by none other than Andrew Weatherall, or the main man‘s remixes of artists like UNKLE, The Dø, Franz Ferdinand or Modeselektor featuring Thom Yorke - all must-have modern works, also including Kasper Bjørke‘s tender ‚Does Not Matter‘ which is re-shaped by Trentemøller in glorious cinematic coloured sound.

Gliding into CD 2 we find even more electronic versions, kicking off with Trentemøller‘s foreboding new mix of his own ‚Neverglade‘, before we hear his interpretations of Efterklang‘s ‚Raincoats‘ or the heroric version of
Depeche Mode‘s 'Wrong‘. I Blame Coco provide their brilliantly different interpretation of '...Even Though You‘re With Another Girl‘, featuring the new recorded vocals of Coco Sumner, transforming the original with her own low-slung mutation of pop and electronic styles. 'Even Though...’ is also contributed by Hamburg upstarts Kollektiv Turmstrasse providing their stomping mix, in a stylish mixture of pop-meets-deepest-electronica.

Furthermore, we discover brilliant reworks of bands like Mew, Giana Factory or Chimes And Bells. Trentemøller‘s raw and industrial remix of Giana Factory‘s ‚Dirty Snow‘ features the wonderful guitar skills of Lisbet Fritze, who currently tours with Trentemøller on his live show.

UNKLE, maverick UK producer James Lavelle‘s ambitious on-going pro-ject, reaches out into filmic, spacey zones with their remix of Trentemøller‘s classic 'Neverglade‘. Among UNKLE’s version and the bristling, tense electronic remix by Trentemøller himself, this track also appears as an instrumental version that lets the wonderful instrumentation shine.

Trentemøller 'Reworked/Remixed' is a beautiful journey into the musical world of one of the best producers and musicians today, enriched with reinterpretations by some of the most interesting artists. Alternative? Electronic? Rock? Pop? Although it's become a consistent album, genre-barriers completely fade away. But who cares... Enjoy!