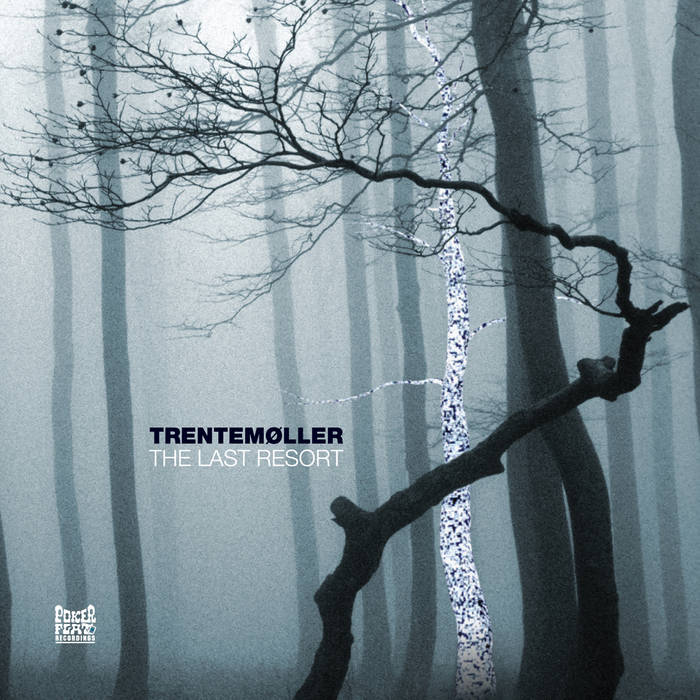 9ednpxftkg This Album takes you on an journey. When I close my eyes to this album I lose myself in space and time.

This album will never leave my mp3-player!

el Martin I heard a lot from this album within the mixes of the others - that is when I learned of the artist named Trentemoeller. This album has a wonderful beginning, an epis ending and brilliant in-between. Favorite track: Take Me Into Your Skin.
more...

Trentemøller's debutalbum on Poker Flat, „The Last Resort“is a beautifully crafted, astonishing masterpiece, that will leave you breathless.
The 13 instrumental tracks together form a wordless musical story, almost like the soundtrack of a movie. It manages to capture a whole range of emotions in subtle melodic miniatures, dreamy ambiences, dusty beats, deep dub-tracks and driving groove-excursions. An ever-changing kaleidoscope of colours and moods, „The Last Resort“ without a doubt contains Trentemøller’s best work to date.

Although it’s definitely an electronic album, it also incorporates live-drums, some guitars and other acoustic instruments like celesta, glockenspiel, melodica and even DJ scratching to create a more organic feel. „Something I couldn’t manage with just electronica“, according to the producer.

Most tracks were recorded over the course of last year, often in the time inbetween sessions for his 12-inches and remixes. „Making these tracks was like having time-off.“, says Trentemøller, „Moments to totally space out and let the music flow.“

It may come as a surprise that on „The Last Resort“ Trentemøller moves away from the dancefloor and instead produces an introspective album that’s especially great for homelistening (or listening in the car, or on your i-Pod).

But hey, from his first release on Audiomatique („Physical Fraction“ from January 2005) we knew the young producer from Copenhagen was able to fuse great melodies and chord progressions with subtle, yet driving beats.
His excellent remixes for Yoshimoto („Du what U do on“, OM, 2004), Röyksopp („What else is there“, 2005) and Pet Shop Boys („Sodom“, Parlophone, 2006) show yet another side of this multitalent, while his first releases on Audiomatique („Physical Fraction“) and Poker Flat (‘Polar Shift’) suddenly propelled him to dancefloor-fame.

But, as Trentemøller says now, he doesn’t see himself as someone who just produces dance-tech. „Because I have always made all kinds of music. In the studio, I never think about which genre it is or what target group it is for, I just make the music I feel like.“

What came out of the recording sessions for „The Last Resort“ was a very personal album: „It reflects my life, my thoughts, my needs, my insecureness, my longings.“ And it was a challenge, he adds, „to express these feelings and moods without words, only with music.“

That’s the reason why he decided not to put the two vocal tracks he recorded during the „Last Resort“-sessions on the final album. „Always Something Better“ (featuring Richard Davis and the first single of the album) and „Moan“ (with Copenhagen-singer Ane Trolle) are featured on the second disc (only to be released as limited edition bonus-cd).

Trentemøller: „When I listened to the final sequence of tracks, it felt as if I was listening to the soundtrack of a movie, that unfolded before my eyes. For me it was important that the music would tell the story. Vocal tracks would maybe mix-up the whole feeling of the soundpicture.“