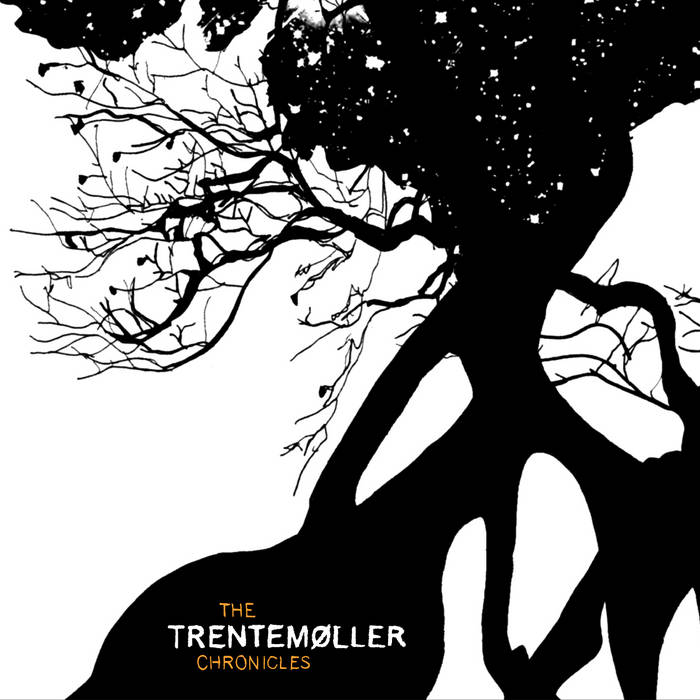 23frame The record has just arrived and in spite of myself I have discovered that it is absolutely not what I expected, and to make matter worst, side A of the first disc jumps and also the C side, but it's not enough because the ep Moan that I bought also sounds bad ... !!!!

Simon Chester OMG the Moan remix on this is one of the greatest moments in musical history. I want to get lost in the woods to this song. I'd be happy to never come out again. Favorite track: Moan (Trentemøller Remix).

We are happy and proud to present „The Trentemøller Chronicles“. This new double album is not a new studio album, but - as the title indicates - an overview of Trentemøller‘s impressive body of work. The Trentemøller Chronicles include Anders‘ personal selection of his best songs and remixes, which have only been available on vinyl or on compilations, as well as some new and exclusive songs. But the fantastic Trentemøller mix on CD1 and the fine selection of remixes on CD2 make this release a great double album in its own right for extraordinary listening pleasure. It‘s almost exactly one year since Anders Trentemøller‘s debut album „The Last Resort“ (on Poker Flat) took the hearts of music lovers worldwide by storm. At that moment in time the Danish producer had built his outstanding reputation on many huge dancefloor hits such as „Rykketid“, „Polar Shift“ and „Sunstroke“. Seemingly out of the blue „The Last Resort“ left all expectations for an electronic dancefloor album far behind and presented a stunning organic, emotional and beautiful masterpiece of cinematic proportions, earning a wealth of rave reviews and critics’ awards, as well as „Album Of The Year“ plaudits in many music magazines. „Trentemøller is not only a dance floor genius, but a musical mastermind in the broader sense. Killer release!“ (DJ Times); „Genius and visionary!“ (Intro); „This is sultry, sexy music.“ (Pitchforkmedia); „This is a seductive album full of moody and mysterious music.“ (New York Times).The second angle on Trentemøller‘s creativity is the remix work he‘s done for other artists. It‘s the „Trentemøller twist“ he adds to songs like Röyksopp‘s „What Else Is There?“, Moby‘s „Go“ and many others which have made him one of the most highly sought after remix artists around. Whether on his own tracks or in his remixes Trentemøller loves to create antipodes. The tracks on „The Last Resort“ reveal an organic combination of hand-played instruments and electronica sounds. Every tune is carefully thought out, but the end result seems totally natural. In his dancefloor tracks Trentemøller layers on more and more sounds and instruments which fall perfectly into place in spite of seeming dangerously incompatible at the same time. Trentemøller managed to develop his own signature sound and some of the fascination of his music lays within the contrast between large and vast echo chambers and sharp, direct in-your-face sound bites. As the new songs and remixes Trentemøller has produced following „The Last Resort“ have yet to be released, or, like some of his best tracks and remixes had only been available on vinyl-12“, if at all, or were scattered to the four winds, it was high time to appreciate a fantastic producer with this new double album: The Trentemøller Chronicles. This collection contains Trentemøller‘s best songs and remixes as chosen by Anders himself – with the exception, of course, of the songs which already appeared on „The Last Resort“. The first CD has been mixed and compiled by Trentemøller, flowing effortlessly through his own songs (and one remix). New and unreleased songs like „Klodsmajor“ and „Blood In The Streets“ alongside tracks such as „The Forest“, „Kink“ and „Gush“ which were originally released on Danish labels on vinyl format only have been selected as well as tracks like „Rykketid“, „Physical Fraction“ and „Killer Kat“, some of Trentemøller‘s biggest dancefloor hits on Poker Flat Recordings or Audiomatique. Of course, the Trentemøller remixes of the vocal versions of „Moan featuring Ane Trolle“ and „Always Something Better featuring Richard Davis“ find their rightful place on this selection. Also included is the „Live Version“ of „Snowflake“ (a track from „The Last Resort“) as well as Trentemøller‘s brand new remix for Klovn‘s „McKlaren“, available here on CD for the first time.Due to popular demand and as a special bonus the album also includes the radio edit of „Moan“ from the stunning video based on the story of the dog Laika and its sad journey into orbit. However, all this attention to detail shouldn‘t conceal the fact that this is simply a fantastic Trentemøller album, thanks to Anders‘ editing and his beautiful mix on CD1 which is a wonderful journey through the soundscapes of a briliant producer and is sure to please fans of „The Last Resort“.
The second CD features Trentemøller‘s best remixes as compiled by Anders and highlights the versatility of this great producer. Starting with Trentemøller’s classic and timeless take on Röyksopp‘s „What Else Is There?“, the remix CD offers blistering and powerful dancefloor cuts such as „Coincidance“ (Mathias Schaffhäuser), „Feeling Good“ (exclusive Chronicles edit by Trentemøller) (Jokke Ilsøe) and „Flamingo“ (Tomboy), milestones like „We Share Our Mother‘s Health“ (The Knife) and freaky slamming Electro-House mixes like „Want 2 / Need 2“ (Sharon Philips) and „Konichiwa Bitches“ (Robyn). The stunning heavy rocking bass remix for „Danger Global Warming“ is a donation to a project to raise awareness of climate change. By way of contrast, the remix CD also contains the beautifully floating and dubby mix of „You And I“ (Filur) and „Les Djinns“ (Djuma Soundsystem). Not forgetting, of course, the magic remix of Moby‘s mega-hit „Go!“.Packed with astounding tracks, this double album offers a fascinating insight into the musical evolution of one of today‘s supreme electronic producers. Guided through his impressive body of work by Trentemøller himself, this is a valuable addition to any fan’s collection and a perfect introduction to anyone keen to find out more about the artist and his oeuvre.