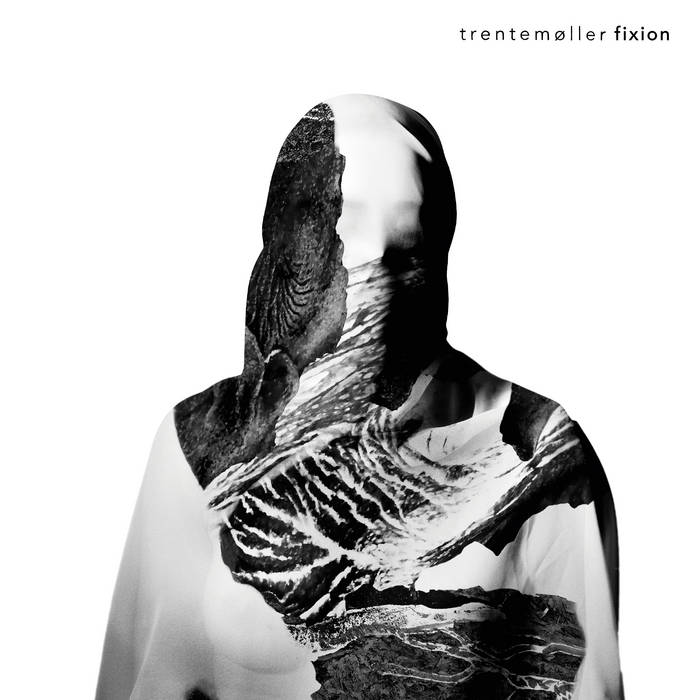 el Martin Apart from the originality I hear traces of the Cure (Disintegration/Wish time frame - the guitar and synth) in a few songs, also Placebo and my other favourite artists. 👍 Favorite track: Where The Shadows Fall.

Jerome Hubert Excellent album. My favorite was Last Resort but I really like this one.
Thanks and congrats for the good work :)

didge I'm a big fan but it's a pity the music on the CD shows so much compression, almost no dynamic range, which makes this CD unlistenable on a good Hifi system. Why not take care of the quality of the recording? The vinyl version is apparently better. CD not worth my money. Favorite track: River In Me.

With ‘Fixion’, Anders has crafted a logical successor to 2013’s ‘Lost’ - a record that in many ways managed to truly capture the visceral live experience of Trentemøller as a full-band. In much the same manner that ‘Lost’ built on from the somber cinematic classic that was ‘Into The Great Wide Yonder’, ‘Fixion’ has embraced the Danish artist’s trademark melancholy and matured it into something uniquely atmospheric and darkly romantic.

Rather than attempting to completely reinvent himself, Anders has used his latest outing as an opportunity to highlight certain granular aspects of his signature sound and refine them into a much more organic - and at times perhaps more song-driven body of work. It’s a record that on first listen may seem less detailed but, as you’ll know by now, with Trentemøller, one should never be fooled by initial impressions. It’s the kind of record that will over time repeatedly unlock new intricacies and offer the listener an opportunity to understand the work differently upon each listen.

The album is still notably driven by the producer and multi-artist’s passion for experimentation and effortlessly succeeds in transcending a swathe of influences and
unassuming genres­­ - yet all the while holding true to
Trentemøller’s unique, and sometimes challenging
vernacular. From the cascading minimalist synth-scapes to driving electropunk, each and every track on ‘Fixion’ is bound together with a contemplative melodic complexity.

“This time around, I wanted the musical universe to have more space. I wanted it, in a way, to be more minima-listic and to boil it down to its most essential. That said, I didn’t want to lose all of those details that only
actually open up when you really listen closely,” says Trentemøller.

And details there are. ‘Fixion’ is awash with New Romantic strings, downplayed pop sensibilities and percussion so cold that it might have been recorded on a reel-to-reel in a dilapidated jet hanger. With its coldwave synths and hypnotic, driving bass hooks, the record paints a picture of both reflective night drives through ‘Blade Runner’-esque metropolises and introspective, isolated Scandinavian evenings spent pondering life itself - which makes a lot of sense, given Anders crafted the record in Copenhagen and New York, after a year spent relentless gigging in the US and Europe.

Whilst Trentemøller may have evolved into a complete band for touring purposes, the entirety of the music is still composed and produced by Anders. It’s only actually after the album is written and recorded that his sonic vision is reimagined and then collaboratively transformed, together with a host of musical accomplices, to create what has now become his renowned concert experience.

However, with ‘Fixion’, Anders has purposefully limited the on-record musical accomplices.
“‘Lost’ had so many vocalists, so this time around I
consciously decided to work with fewer. I guess, it was an attempt to sort of “anchor” the record’s ocean of vibes and atmospheres. To build a more singular voice that would ”guide” the listener through the album,” Trentemøller explains.
This time around Anders chose fellow Dane Marie Fisker, Giana Factory’s Lisbet Fritze and Savages’ Jehnny Beth - a natural call given he spent part of 2015 mixing the British post-punk quartet’s latest opus, ‘Adore Life’.

“I’ve been a huge Savages fan since their debut record. I met their producer Johnny Hostile at a festival in Paris and ended up inviting him out to support us on our tour. Jehnny actually tagged along for some of the dates.
Afterwards, he dropped me a line and asked me to mix the next Savages record. Myself, Johnny and Jehnny built a real friendship in the process so it felt right to ask her to sing on a few of the songs. She has this really intense and unique voice and it ended up being really challenging, and fun, to take that voice out of the
Savages’ universe and into mine.”

Marie Fisker, a mainstay of the Trentemøller live constellation, has also been a long-time studio collaborator of Anders’ and her four songs on ‘Fixion’ mark their third musical partnership.

“Marie has such a powerful and unique voice that fits my music quite naturally. I had her in mind as soon as I started writing. She ended up singing on four of the songs so she’s definitely the voice that kind of leads you through the album. Having toured so extensively with Marie, we’ve come to understand each other’s capacities and that really pushes us to challenge and inspire each other. I reckon that’s the driving force behind our songwriting.”

Lisbet Fritze is no stranger to collaborating with Anders either. Having previously been the touring guitarist of the Trentemøller live act, Anders ended up producing her, now defunct, Copenhagen-based band Giana Factory’s swan-song ‘Lemon Moon’.

“I simply love the idea that you can build up this imaginary world with music. To me music is fiction. It’s not only something that exists separately from reality. Fiction is the unreal reality. Both belong together and are one.
I think fiction and music can be used to both confront and criticise reality, but also to escape that very same reality. And that’s the beauty of it.”